The EUR/USD is correcting amid profit taking after a confident increase of quotes that was triggered by strong macro data from the Eurozone and the greenback’s weakening after the passing of the tax cuts bill in the US. The common currency felt some pressure following the release of unemployment data in Germany which fell by 29,000 against an expected reduction of 13,000. The same indicator in Spain fell by 61,500 versus the forecasted 58,700.

The main event today will be the release of FOMC meeting minutes at 19:00 GMT. The next Fed’s chairman Jerome Powell is likely to continue tightening monetary policy and that in turn will support the US dollar during the year.

The British pound also corrected downwards against the US dollar. Some pressure on the Sterling came from disappointing data on the decrease of the construction PMI to 52.2 which is 0.6 less than the average forecast.

The price of American crude oil benchmark WTI resumed growth after some correction. We should note that geopolitical risks connected with the clashes in Iran, which is the third largest oil producer in OPEC, will support the demand for oil futures. Tomorrow investors will be monitoring the statistics on crude oil inventories.

The mood of USD/JPY traders will be influenced by the manufacturing PMI in Japan due to be published at 00:30 GMT. Note that tomorrow Japanese traders will return after a long weekend.

The EUR/USD quotes have broken through the lower limit of the local rising channel and in case of overcoming the support at 1.2000, we may see a further price drop with the nearest goals at 1.1925 and 1.1825. The MACD signal line has just changed direction to positive which may point to a possible price correction upwards. In case of growth resuming and overcoming 1.2070, the next target will be located at 1.2200. 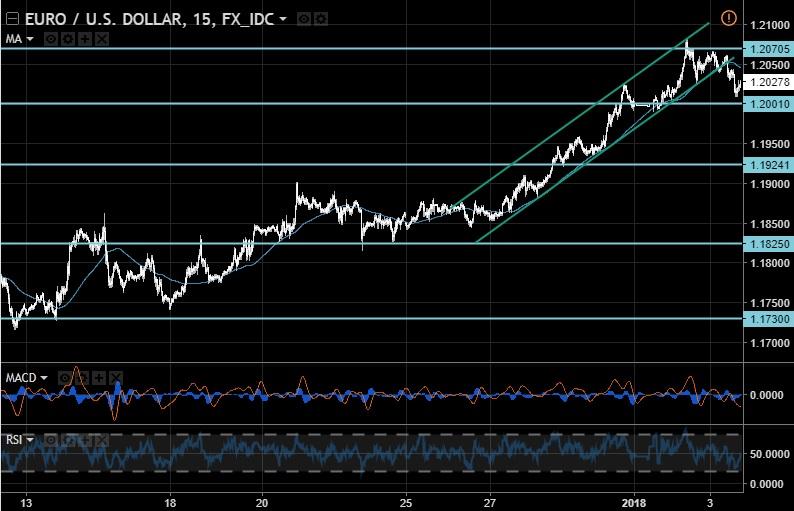 The GBP/USD is approaching the inclined support line and 1.3550 mark and breaking through them may become the trigger for the trend to change to negative with the decline potential at 1.3400 and 1.3250. The RSI on the 15-minute chart is in the oversold zone, which is the basis for a price rebound soon to 1.3600 and above. 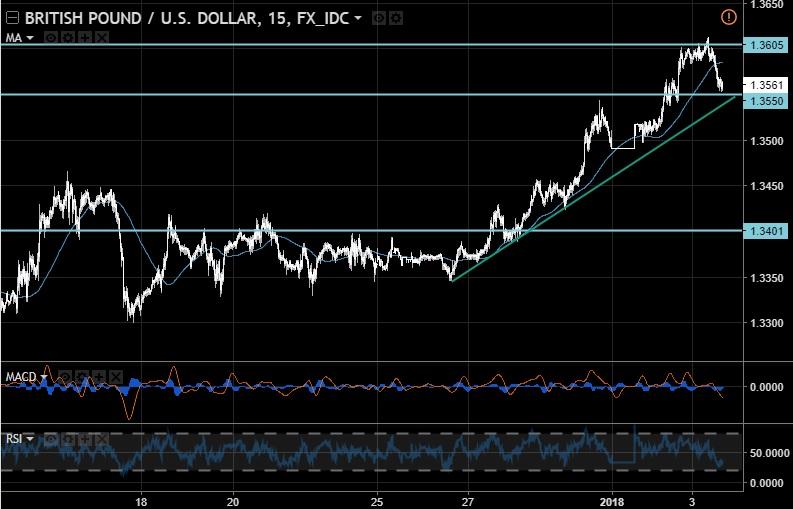 The USD/WTI price keeps moving within the rising trend after it was able to fix above the psychologically important level at 60.00. The nearest objective in case of maintaining the current upward impulse will be at 61.70. The trend change to negative is possible only after the price breaks through the inclined support line and 59.50 mark. 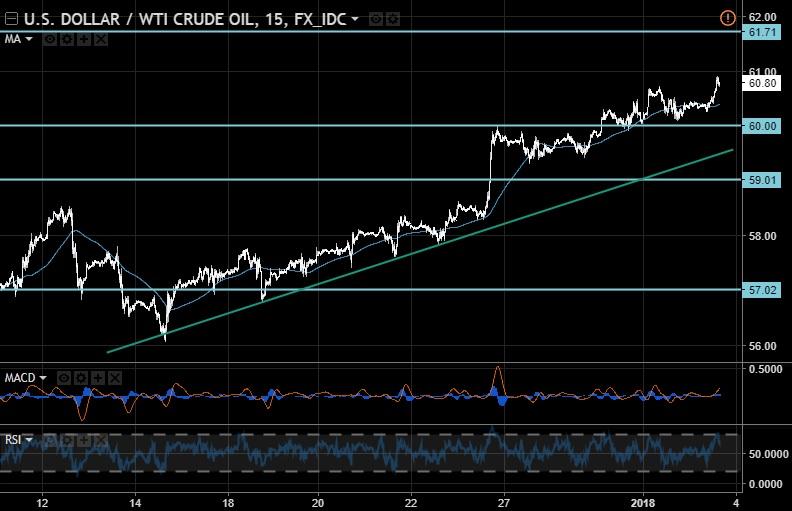