EURUSD price declined slightly after weak US consumer confidence numbers. According to the Conference Board, the US consumer confidence dropped to a six-month low of 113 from the previous 125. The numbers showed that the Delta variant and reports of breakthrough cases are affecting American’s sentiment about the economy. Therefore, there are concerns that less confident consumers will spend less money, which will have a negative impact on the economy. Later today, the pair will react to the EU and US PMI data and the labour market estimate by ADP.

AUDUSD remained in a tight range during the Asian market after mixed economic data from Australia and China. In Australia, data by Markit and the Australia Industry Group (AIG) showed that the manufacturing PMI declined to 51.6 and 52.0, respectively. This decline was a sign that companies are struggling amid controversial new lockdowns in states like Victoria and New South Wales. Similarly, in China, the PMI declined from 50.3 to 49.2. This was the first time in months that China’s business activity contracted in several months. Meanwhile, the Australian Bureau of Statistics (ABS) published strong GDP numbers. The data revealed that the country’s economy bounced back by 9.6% in the second quarter. The Aussie reacted mildly to this data because economic conditions have changed substantially in the past few weeks.

The economic calendar will have some key events as the new month starts. In the UK, Nationwide will publish the latest house price index (HPI), which are an important gauge of the housing market. House prices are expected to have declined from 10.5% to 8.6%. In the Eurozone, Eurostat will release the region’s unemployment rate number. At the same time, OPEC+ members will hold their September virtual meeting. Analysts expect the team to maintain their current supply after oil prices had their worst monthly performance in 6 months.

AUDUSD was little changed after the latest Australia GDP and PMI data. It is trading at 0.7318, which is substantially higher than last month’s low of 0.7108. On the four-hour chart, the pair has moved above the 25-day and 15-day exponential moving averages while the Relative Strength Index (RSI) has been on an upward trend. The pair is also forming an inverse cup and handle pattern. Therefore, the pair will likely keep rising as bulls target the key resistance at 0.7400. 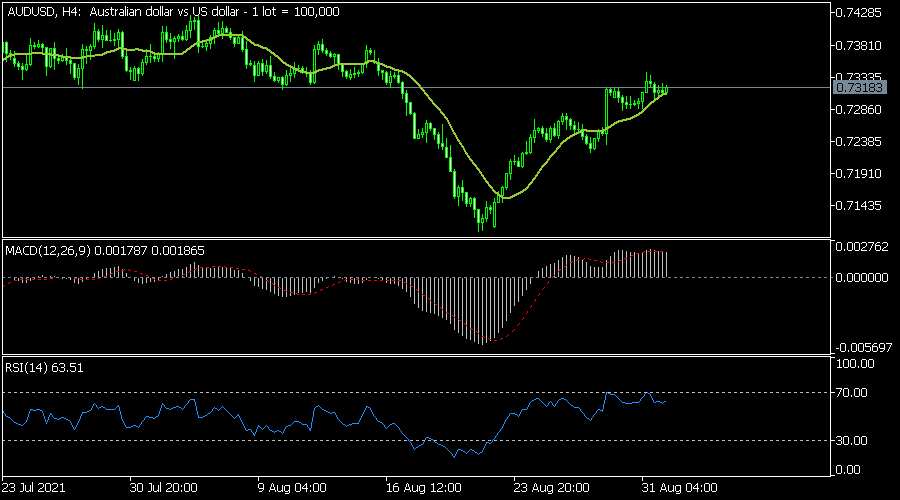 EURUSD price declined to 1.1800 after the latest American consumer confidence data. On the four-hour chart, the pair has formed an inverse head and shoulders pattern. It has also found support at the 25-day EMA while the RSI has tilted lower from the overbought section of 70. The current price is also along the highest point on August 13. Therefore, the pair will likely break out higher as bulls eye the key resistance at 1.1905. 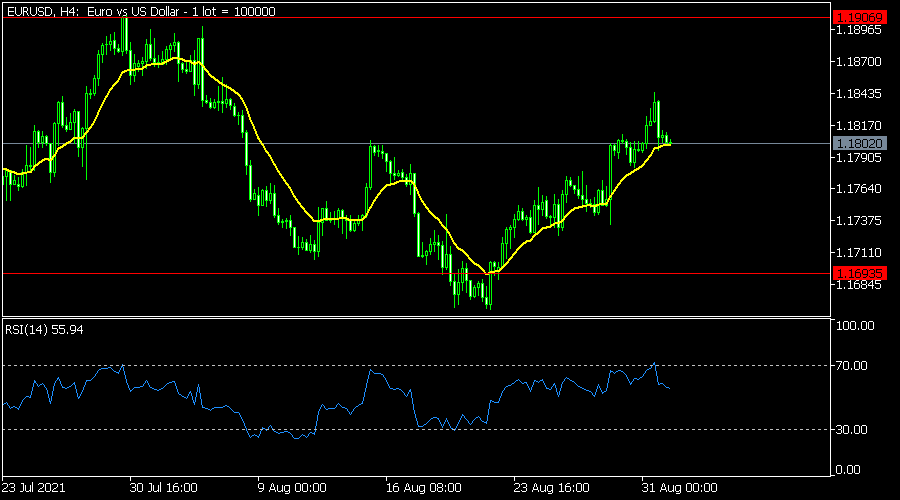 EURGBP is stuck at the key resistance level at 0.8590, which was the highest level since August 25. On the 4 hour chart, the pair has moved above the 25-day moving average. The RSI has formed a bullish divergence pattern while the awesome oscillator is slightly above the neutral level. The pair will likely break out higher as bulls attempt to move above the key resistance at 0.8600. 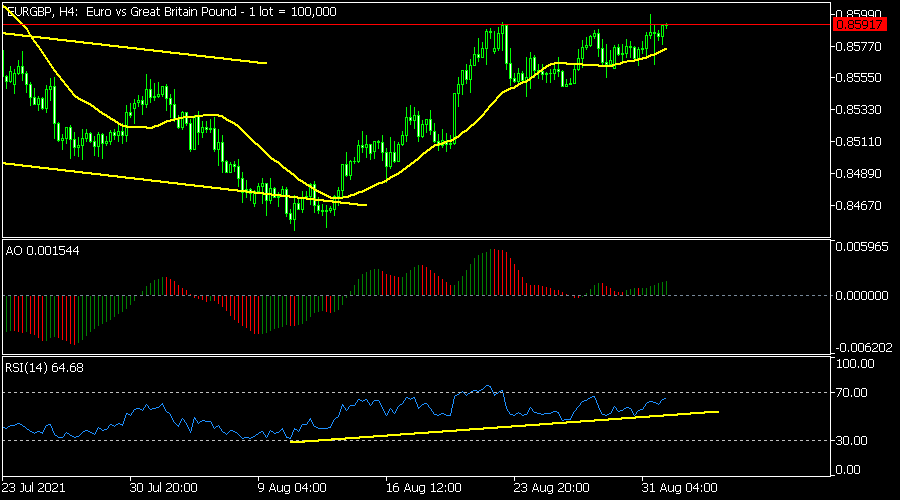