The recent surge in iron ore prices has buoyed the commodity-sensitive Australian Dollar over the last two weeks, despite the Reserve Bank of Australia extending its bond-buying program to keep a lid on the local currency at its February 2 meeting. The RBA “decided to purchase an additional $100 billion of bonds issued by the Australia Government and states and territories when the current bond purchase program is completed in mid-April”, adding that “these additional purchases will be at the current rate of $5 billion a week”.

Governor Phillip Lowe praised the central bank’s Quantitative Easing (QE) program, stating that “the bond-purchase program has helped to lower interest rates and has meant that the Australian Dollar is lower than it other would have been”. That being said, AUD has since gained over 2.5% against its US Dollar counterpart, on the back of a 7.5% surge in iron ore prices – Australia’s most valuable export. 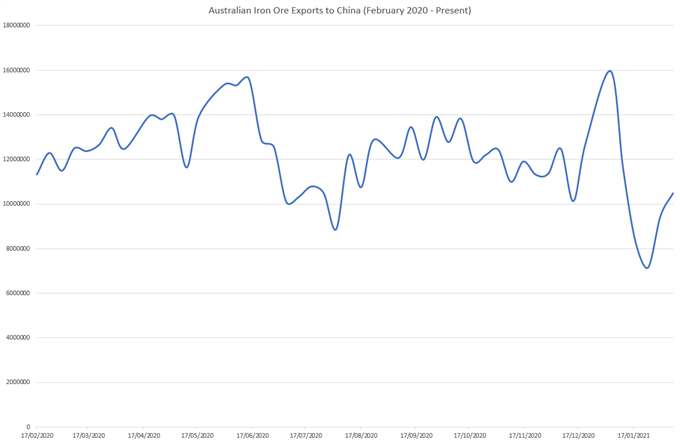 However, with Chinese New Year celebrations underway, there is a distinct possibility that a decline in overall demand could weigh on the price of the metallic ore in the near term. Nevertheless, with China heavily dependent on Australian supply, and the global reflation narrative buoying commodity prices, a marked correction lower in iron ore prices seems relatively unlikely.

These factors, in tandem with an ever weakening USD, could limit the Australian Dollar’s potential downside and lead to a more extensive move higher in the medium-to-long term. 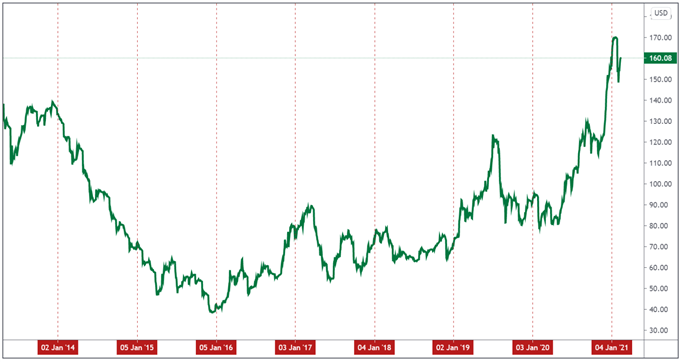 Looking ahead, employment figures and retail sales data for the month of January will be keenly eyed by local investors. A larger-than-expected drop in the unemployment rate could fuel RBA tightening bets, given Governor Lowe’s prediction that the expiration of the JobKeeper subsidy program in March may lead to “a month or two where the unemployment rate blips up”. 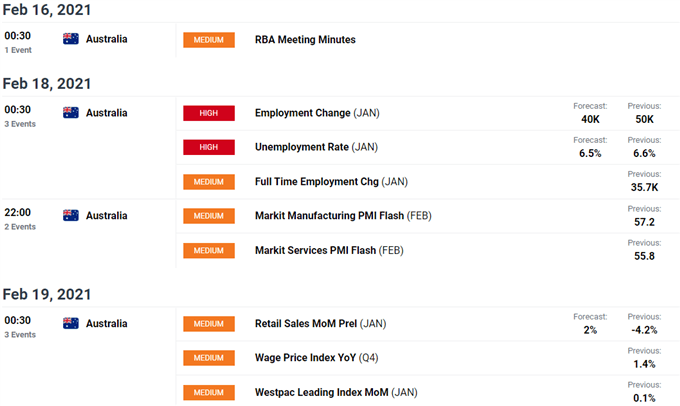