CME Group’s preliminary figures for crude oil futures markets noted traders added more than 10K contracts to their open interest positions at the end of last week, resuming the upside at the same time. Volume, instead, shrunk for the second session in a row, this time by almost 30K contracts.

Prices of the barrel of the West Texas Intermediate kept the consolidative note unchanged last Friday against the backdrop of rising open interest. That said, while further advances are not ruled out, the consolidative mood is expected to persist at least in the very near-term. In the meantime, the $54.00 mark per barrel remains as the next target of relevance. 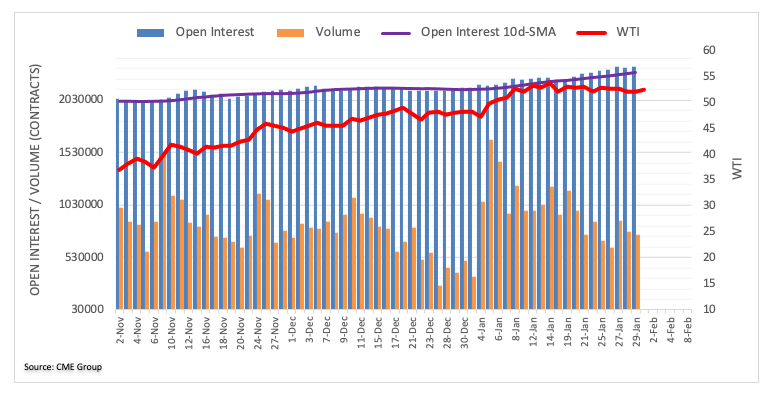