Traders added nearly 12K contracts to their open interest positions on Friday, according to preliminary readings from CME Group. Volume, instead, shrunk for the fourth consecutive session, now by nearly 54.5K contracts.

Prices of the WTI edged higher at the end of last week amidst increasing open interest, therefore allowing for the continuation of the move at least in the very near-term. Against this, the $43.00 mark emerges as the next hurdle of relevance ahead of the August’s peak at $43.75 per barrel. 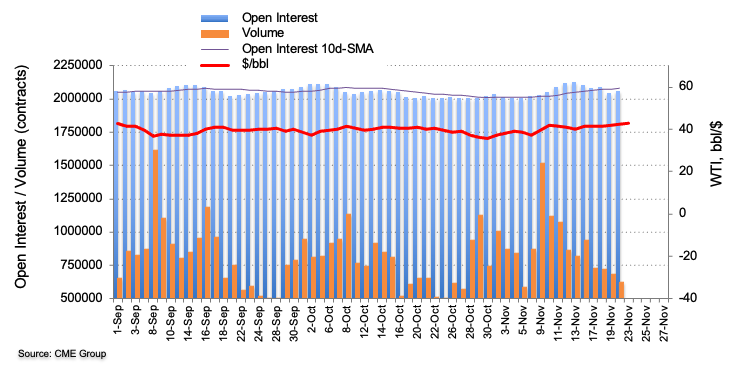