Monday’s uptick in prices of the WTI was in tandem with shrinking open interest, leaving the upside somewhat limited. That said, a move to recent tops in the $43.00 area per barrel remains on the cards ahead of some correction lower. 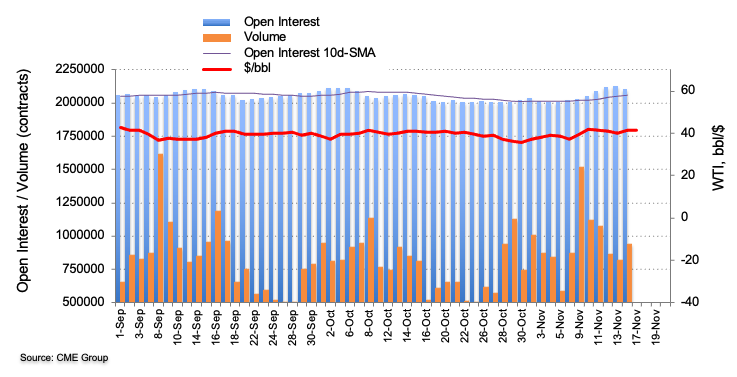