EUR/JPY’s downside seems to have run out of steam in the 131.30 zone so far on Wednesday.

Following the rejection from last week’s tops near 132.70, the cross sparked a move lower that threatens to extend further south in the near term. Initial and interim support lines up at the 100-day SMA, today at 130.80 ahead of the monthly low in the 130.00 neighbourhood (June 21).

The daily RSI approaches the oversold territory, indicative that a potential rebound could be shaping up.

In the broader picture, while above the 200-day SMA at 127.87 the broader outlook for the cross should remain constructive. 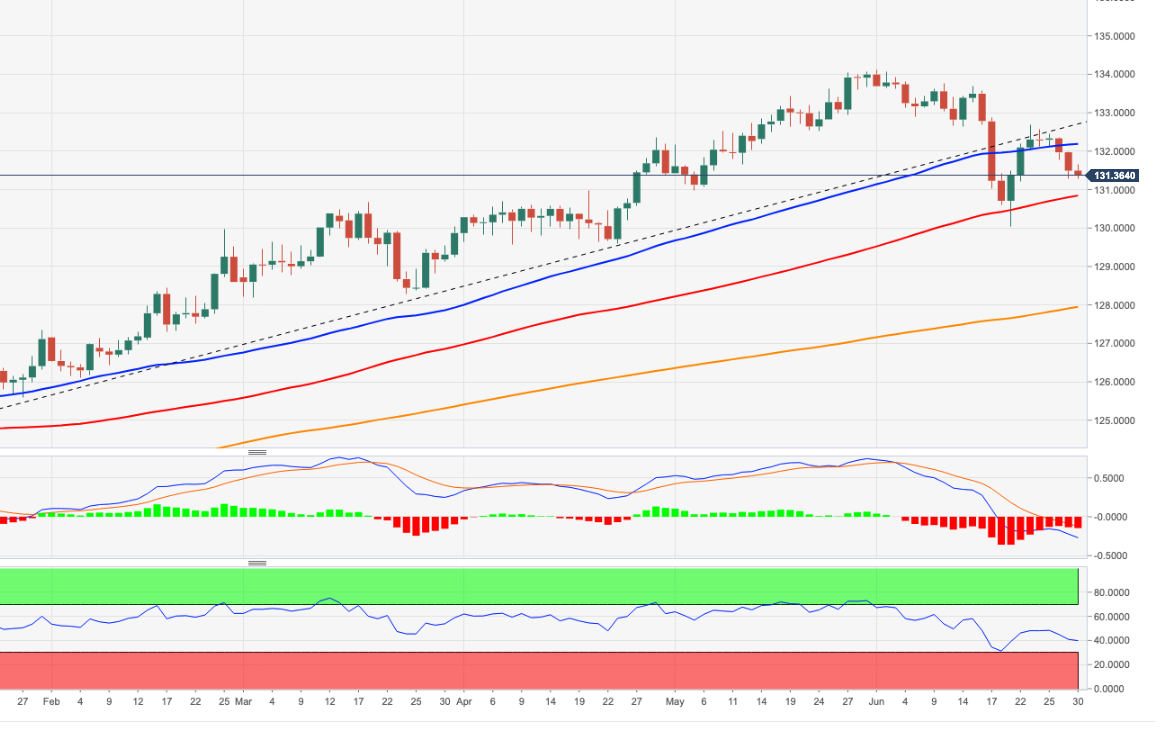