If the latter is cleared in the short-term, then there is the likelihood of an assault to the 1.2300 hurdle in the short-term horizon. Further north, another visit to the YTD peaks in the 1.2350 area (January 6) should not be ruled out.

Extra gains remain supported by the short-term support line (off March lows) around 1.2160. On the broader view, the constructive stance on EUR/USD is forecast to remain intact as long as it trades above the 200-day SMA, today at 1.1968.

Of note, however, is that the daily RSI did not confirm the recent peaks, which could be indicative that a corrective downside is in the offing in the short-term. 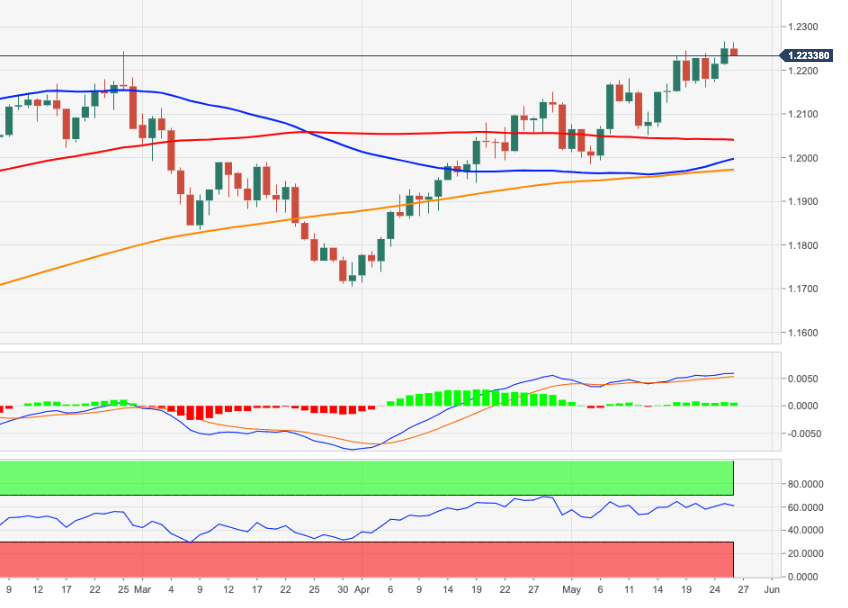