EUR/USD PRICE ANALYSIS: THE 1.2100 AREA IS SEEN HOLDING THE DOWNSIDE

Sellers regain the upper hand and drag EUR/USD back to the low-1.2100s at the end of the week.

The continuation of the downtrend looks likely in the very near term at least. That said, a move further south should meet the next contention at the so far monthly lows near 1.2100 the figure.

On the broader view, the constructive stance on EUR/USD is forecast to remain intact as long as it trades above the 200-day SMA, today at 1.1987.

The ongoing correction follows the recent bearish divergence in the daily RSI, as it did not confirm the late May peaks near 1.2270. 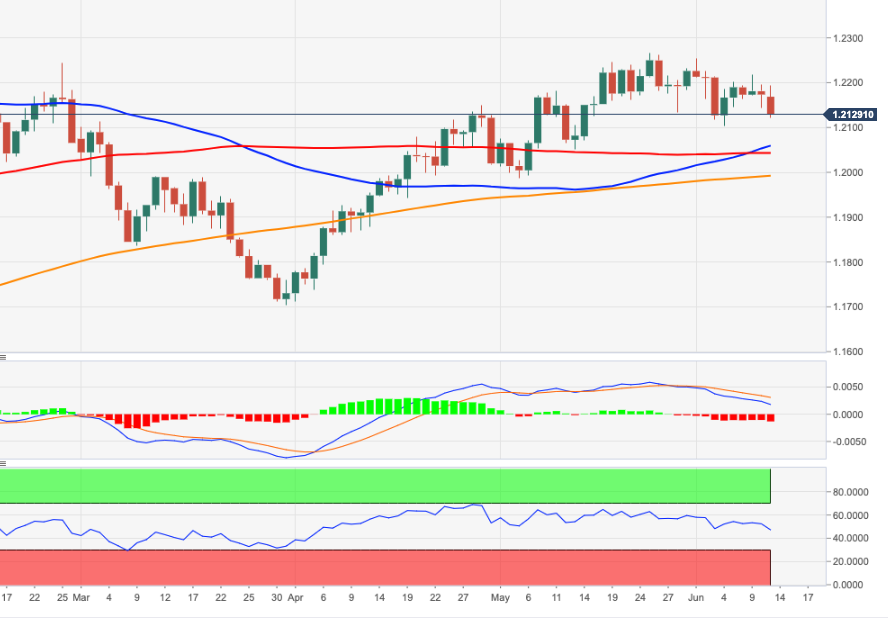