FTSE 100 AND GLOBAL EQUITIES REBOUND AHEAD OF INFLATION DATA

FTSE 100 AND GLOBAL EQUITIES REBOUND AHEAD OF INFLATION DATA

The FTSE 100 index started the week on a positive note as investors waited for key employment and inflation numbers from the UK that is scheduled for Tuesday and Wednesday. Analysts expect that the country’s inflation rose to almost 3% in August. The index also rose after data revealed that City firms are increasingly optimistic about London. The report said that more than two-thirds of financial institutions believe that London will not be toppled as Europe’s financial hub after leaving the European Union. The top performers in the FTSE 100 were Standard Chartered, Antofagasta, and BHP. On the other hand, the top laggards were Associated British Foods, IAG, and EasyJet.

US futures tilted upwards as investors waited for the upcoming US consumer price index (CPI) data. Futures tied to the Dow Jones rose by 137 points while those linked to the S&P 500 rose by 20 points. Economists polled by Reuters expect the data to show that consumer prices remained comfortably above the Fed’s target of 2%. This trend could continue as commodity prices rise. For example, the price of aluminium rose to a 13-year high of $3,000 per ton. Signs of moderating inflation will likely boost US equities.

The New Zealand dollar was little changed today after the country’s prime minister, Jacinda Arden extended a strict lockdown in Auckland as the new Covid wave became difficult to contain. The city will remain at Alert Level 4 for another week while the rest of the country will remain at Level 2.  Elsewhere, the sell-off in cryptocurrencies continued on Monday, with Bitcoin falling to $44,450. The total market cap of cryptocurrencies declined by 2% to $2 trillion.

The NZDUSD pair was little changed today after New Zealand extended its lockdown. The pair is trading at 0.7110, which was slightly below this week’s high of 0.7155. On the four-hour chart, the pair has formed a double-top pattern at 0.7160. The neckline of this pattern is at 0.7073 level. The pair remains slightly above the 25-day moving average while the MACD has moved close to the neutral level. Therefore, the pair will likely break out lower in the near term. 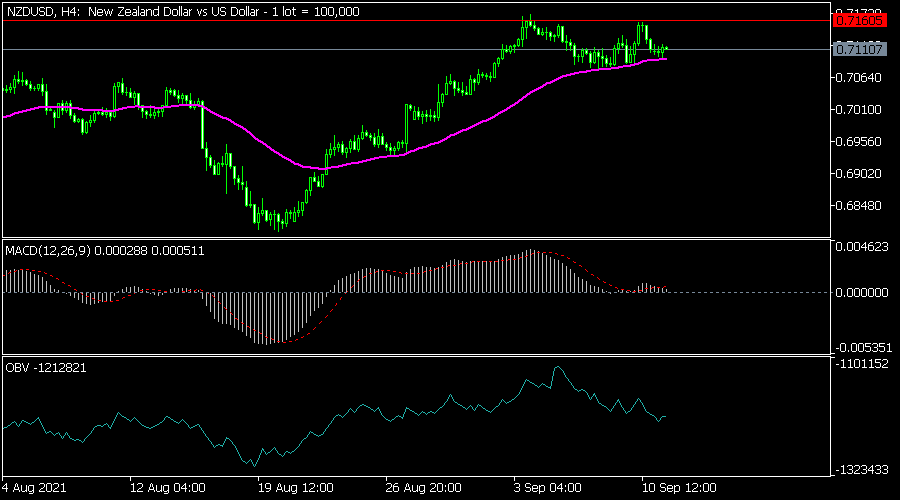 The steep sell-off of the EURUSD pair continued today as it dropped to 1.1773, which was the lowest level since August 30. On the four-hour chart, the pair declined below the 25-day moving average and is still below the dots of the Parabolic SAR indicator. Oscillators like the Relative Strength Index (RSI) and the MACD have continued dropping. Therefore, the pair’s path of least resistance is to the downside. 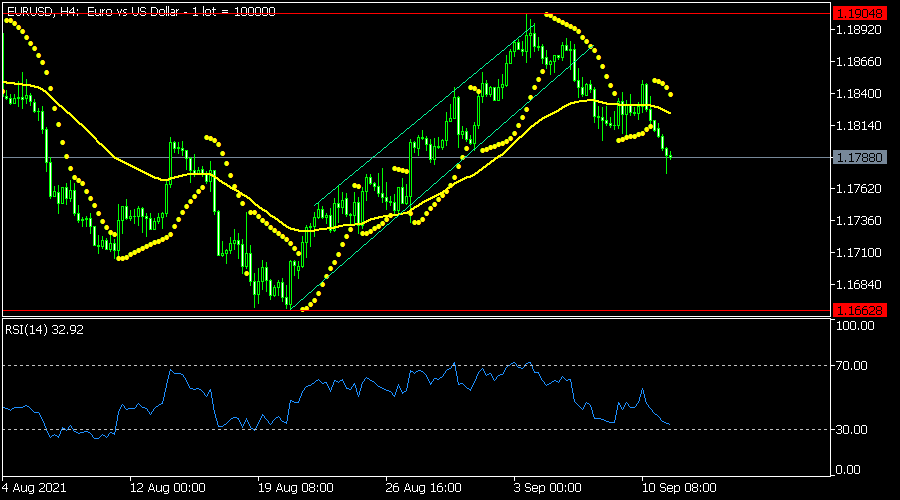 The FTSE 100 index pared back some of the losses made last week as investors waited for the upcoming UK jobs and inflation data. The index is trading at £7,067, which is higher than last week’s low of £6,990. It also moved above the 25-day moving averages while the MACD has formed a bullish divergence pattern. The accumulation and distribution indicator has also been rising. Therefore, the index will likely maintain the bullish trend. 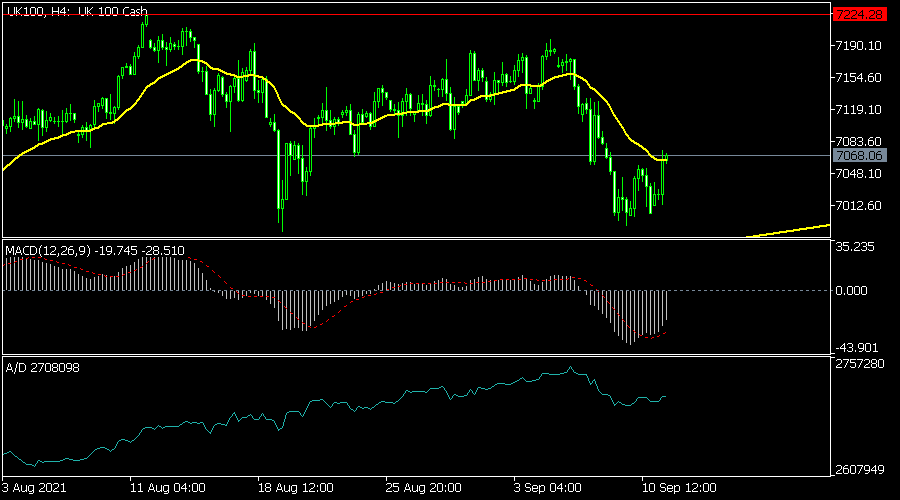