Open interest in Gold futures markets shrunk by around 6.3K contracts on Tuesday after three consecutive daily builds, according to flash data from CME Group. On the other hand, volume increased for the second consecutive session, this time by almost 75.4K contracts.

The moderate decline in Gold prices met occasional support just above the 200-day SMA near the key $1,800 mark per ounce on Tuesday. Shrinking open interest, however, leaves a sustainable breakdown of this area somewhat unfavoured in the very near-term. 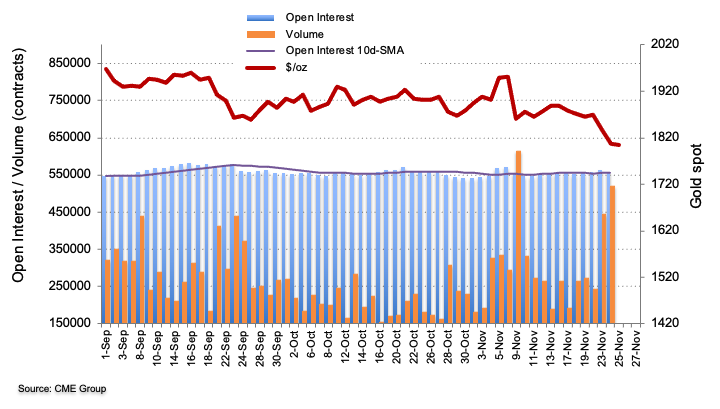