Investors trimmed their open interest positions by almost 4K contracts on Wednesday, reversing the previous build according to preliminary readings from CME Group. On the opposite side, volume reversed two drops in a row and advanced by nearly 4.9K contracts.

Wednesday’s negative price action in gold prices was on the back of shrinking open interest, removing some strength from a deeper pullback and exposing further consolidation in the very near-term. Against this, the precious metal is expected to meet decent support around the 200-day SMA in the $1,840 region. 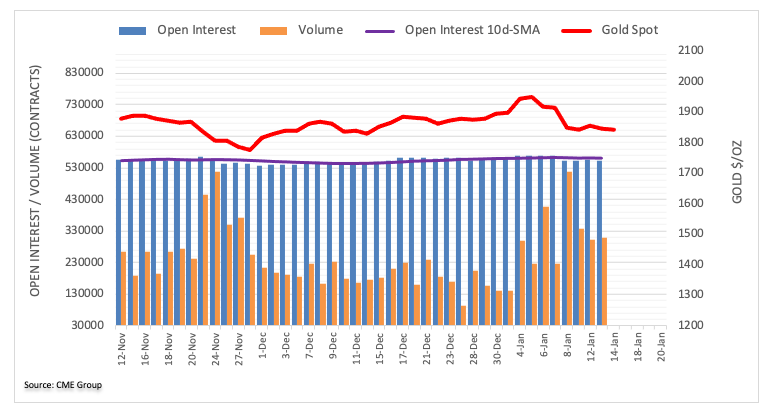