Traders increased their open interest positions for the fourth consecutive session on Tuesday, this time by just 723 contracts according to preliminary readings from CME Group. Volume, in the same line, rose by around 1.5K contracts, reaching the second consecutive daily build.

Gold prices extend the march north amidst rising open interest and volume. Against this, there is the probability for the continuation of this move to, initially, the monthly peak around $1,933 per ounce (October 12). 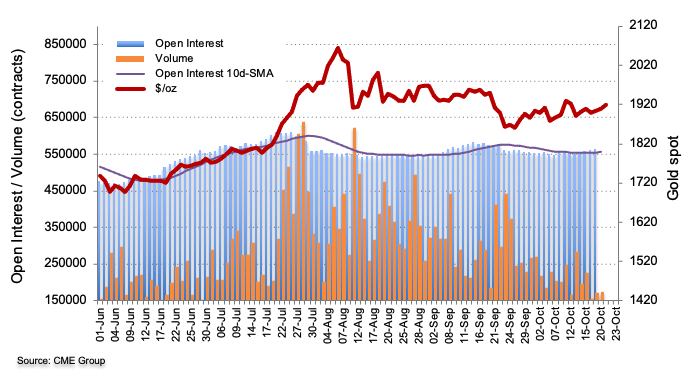