Asia-Pacific markets are poised for a mixed start on Wednesday after the rally on Wall Street took a pause. The S&P 500 and Dow Jones indices closed -0.11% and -0.06% lower, while the Nasdaq Composite edged 0.14% higher. Markets appeared to have largely priced in the US$ 1.9 trillion Covid-relief package, which is crucial to revitalize consumer spending, assist vaccine rollouts and foster a faster economic recovery for the US. President Joe Biden is backing Democrats’ proposal to broaden the eligibility of stimulus payments for middle-income households. Individuals earning up to 75k and couples earning 150k annually may be able to receive US$ 1,400 cheque payments.

The VIX volatility index fell to 21.6 from a recent peak of 37.3 (January 27th), suggesting that the S&P 500 index may have resumed its ‘one-way’ trajectory. The DXY US Dollar index also retreated to 90.95 on stimulus hopes, and it may serve to boost commodity prices alongside emerging market stocks and currencies. The 10-year US Treasury yield fell slightly to 1.16% from a recent high of 1.20%, although the overall trend remains ascending.

On the macro front, inflation data from China, Germany and the US are among key events today. China’s January CPI is expected to be flat YoY due to sluggish consumption and lockdown measures imposed in some northern provinces. A lack of inflation may assure the PBOC’s neutral stance in terms of monetary policy. US core CPI YoY data is expected to fall slightly to 1.5% in January from 1.6% observed in December, showing little signs of overheating. Yet, a large deviation from the baseline forecast can potentially lead to a spike in volatility. Find out more from RangeForex calendar. 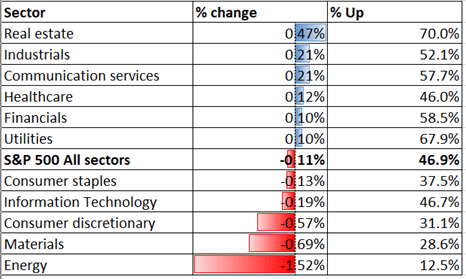 The S&P 500 index returned to an “Ascending Channel” last week after briefly dipping below it. The index has likely resumed its upward trajectory, which is well supported by the upward-sloped 20-, 50- and 100-Day Simple Moving Average (SMA) lines. The index breached above the 100% Fibonacci extension level and thus has likely opened the door for further upside potential with an eye on 3,995 (127.2% Fibonacci extension). The MACD indicator formed a bullish crossover, suggesting that near-term momentum has turned bullish.

The ASX 200 index broke the ceiling of a “Range-Bound” zoneat 6,810 last week before prices entered a consolidative phase. 6,810 has now became a key support level, holding above which may pave way for further upside potential with an eye on 6,900. The overall trend remains bullish-biased as suggested by the upward-sloped SMAs and widening Bollinger band width.