HomeMarket AnalysisFOREXUS DOLLAR IN HOLDING PATTERN AHEAD OF US INFLATION DATA

US DOLLAR IN HOLDING PATTERN AHEAD OF US INFLATION DATA

The New Zealand dollar declined against the US dollar in early trading as the market reflected on important economic numbers. The country’s business confidence declined from -6% in the fourth quarter to -13% in Q1. In the same period, capacity utilization fell from 95.1% to 93.3%. Further data revealed that electronic card sales rose from -5.3% in February to 5.1% year on year in March as demand rose. These numbers came a day ahead of the interest rate decision by the Reserve Bank of New Zealand (RBNZ). The bank is expected to leave interest rates unchanged and possibly sound dovish in a bid to devalue the currency.

The British pound wavered in early trading after strong data by the British Retail Consortium (BRC). The data revealed that sales rose from 9.5% in February to 20.3% in March as the country continued to reopen. These numbers come a few hours before the ONS is set to publish key economic numbers from the UK. It will release the latest GDP data from the UK. Other key numbers will be the latest industrial and manufacturing production and trade balance numbers. Analysts expect these numbers to show significant improvement for the economy because of the progress in vaccinations.

The US dollar index tilted higher ahead of the important inflation numbers from the United States. Economists polled by Reuters expect the data to show that the headline consumer price index data rose from 0.4% in February to 0.5% in March. On a year-on-year basis, they expect the data to show that the CPI rose from 1.7% to 2.5%. This reading will be higher than the Fed target of 2.0% and will be attributed to robust activity as the economy reopened. Also, the recent US stimulus packages helped. Still, the Fed is not expected to change its policies in a bid to support the recovery.

The NZD/USD pair has been under intense pressure lately. It has fallen from the year-to-date high of 0.7465 to 0.6945. Its attempt to rebound found substantial resistance at 0.7070 and the pair is trading at 0.7015. On the four-hour chart, the pair is slightly above the upper side of the Bollinger Bands while the Average True Range (ATR) has been on a downward trend. This is a sign that volatility has eased a bit recently. The Relative Strength Index (RSI) has also declined modestly. Therefore, the pair may keep falling ahead of the RBNZ decision. 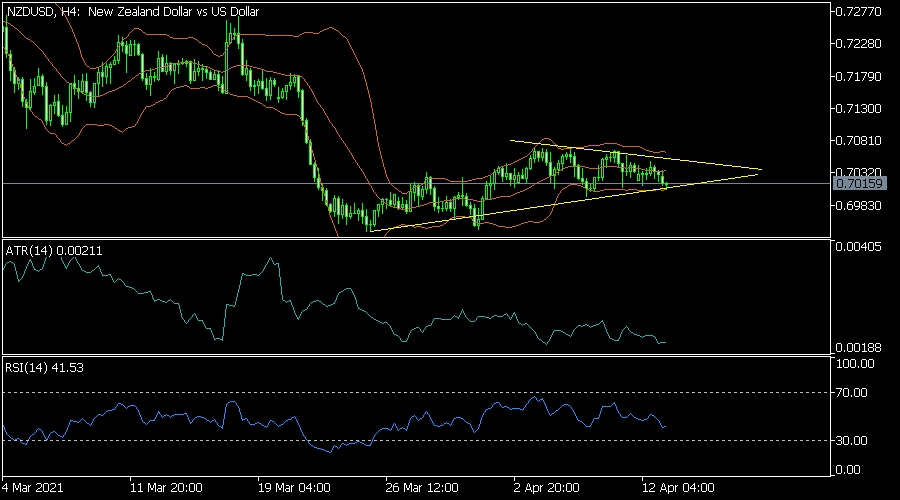 The EUR/USD pair was little changed in early trading as traders waited for the latest US consumer price index (CPI) data. It is trading at 1.1898, which is slightly below yesterday’s high of 1.1918. On the hourly chart, the pair is between the rectangle channel whose support and resistance are at 1.1870 and 1.1930, respectively. The MACD and the Awesome Oscillator have remained above the neutral level while the ATR has dropped. The pair will likely see substantial price action later today after the US publishes its inflation numbers. 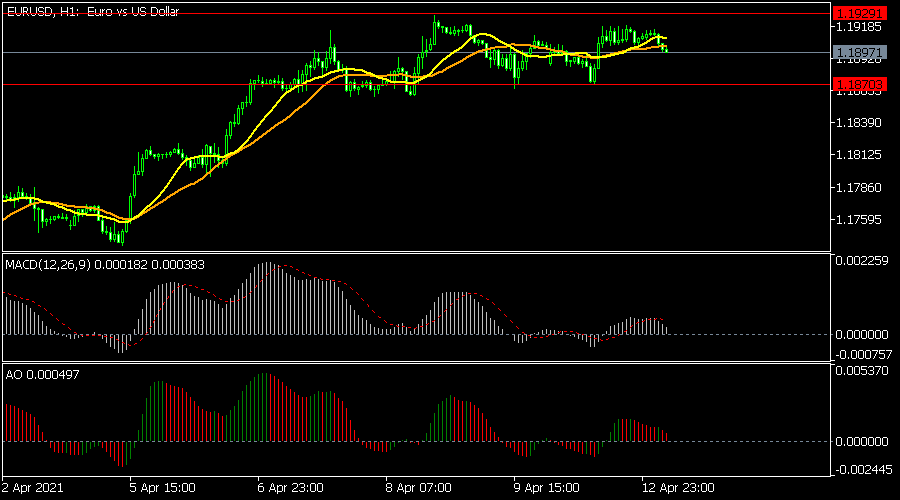 The GBP/USD is wavering ahead of the UK data dump scheduled for later today. It is trading at 1.3738, which is slightly below yesterday’s high of 1.3777. On the four-hour chart, it is at the same level as the 25-day moving average and slightly above the important support at 1.3666. The Relative Strength Index (RSI) and MACD have also started moving higher. Therefore, the pair may break out lower later today since it is at the handle section of the inverted cup and handle pattern. 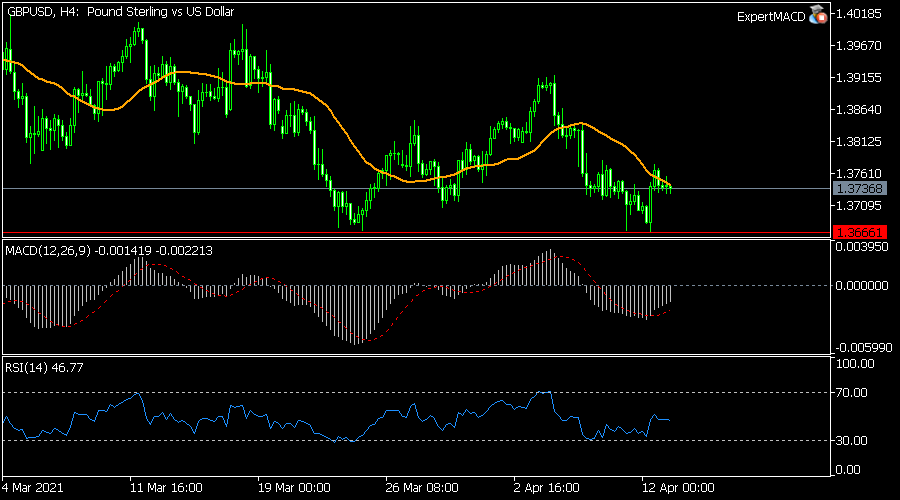