DXY trades on a renewed offered bias after meeting quite decent resistance in the 91.40/50 band so far this month.

Some consolidation in the near-term seems probable, with the lower bound of the range emerging near 90.80 and gains limited in the mid-91.00s.

A subsequent recovery should not be ruled out, with the interim resistance at the 50-day SMA near 91.75 as the next target on the upside. If cleared, then a move to the more relevant 200-day SMA (91.93) could emerge on the horizon.

Above the latter the downside pressure is expected to mitigate somewhat, and the outlook could start shifting to a more constructive one. 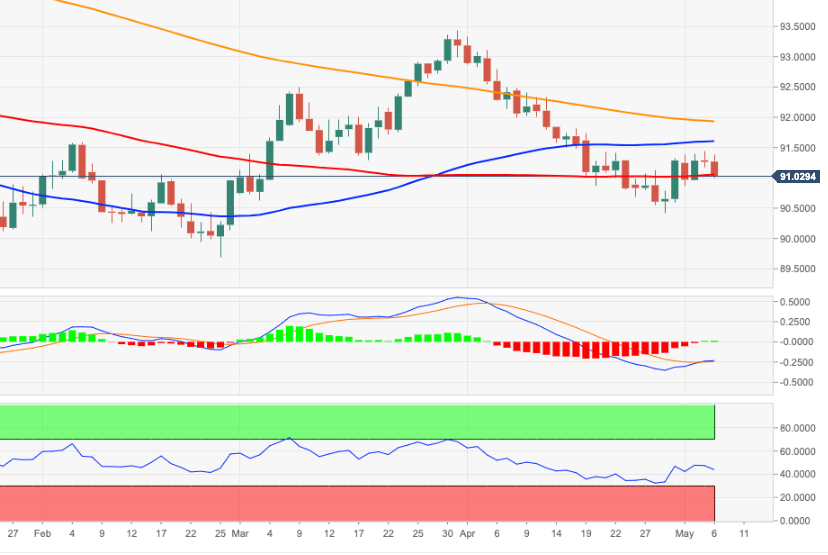