DXY regains upside traction and reverses two consecutive daily pullbacks at the beginning of the week.

The corrective decline appears to have met solid contention around the 92.00 neighbourhood so far. The continuation of the rebound is expected to target the July peaks around 92.85 (July 7) ahead of the round level at 93.00 the figure.

In the meantime, and looking at the broader scenario, the positive outlook for the dollar is expected to remain unchanged as long as the index trades above the 200-day SMA, today at 91.39. 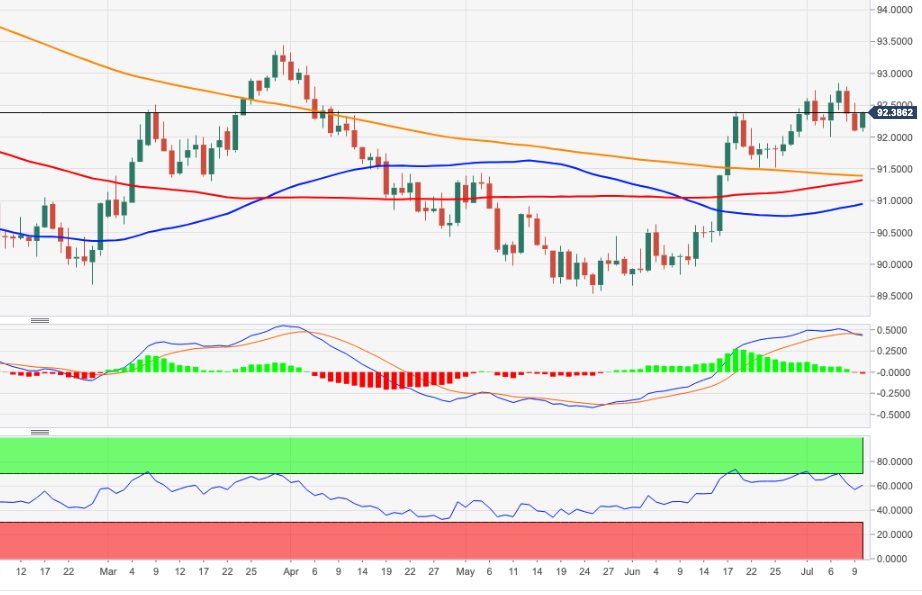