The US dollar wavered after the weak initial jobless claims numbers. According to the Bureau of Labour Statistics (BLS), the number of people filing for initial jobless claims rose from 728,000 to 744,000 last week. This was a bigger increase than the median estimate of 680,000. In the same period, the number of continuing claims dropped from 3.750 million to 3.73 million. The currency also reacted mildly to a speech by Jerome Powell who warned about the risk of the slow rollout of vaccinations in the emerging markets. He also insisted that the bank would continue to support the economy even as the unemployment rate fell, and inflation rose. Later today, the currency will react to the latest producer price index data.

The Canadian dollar rose against the US dollar ahead of the important Canadian employment numbers that will come out in the afternoon session. With the country’s economy improving, analysts expect that the unemployment rate declined from 8.2% in February to 8.0% in March. They also see the participation rate rising from 64.7% to 65% and the economy adding more than 100k jobs. On Wednesday, data by Ivey said that the country’s manufacturing PMI rose to more than 70 in March, becoming one of the best-performing countries.

The EUR/USD price declined slightly in the Asian session. It fell from yesterday’s high of 1.1927 to the current 1.1900. On the four-hour chart, the price is along the important 38.2% Fibonacci retracement level and is above the 25-day and 15-day moving averages. The signal and histogram of the MACD have also moved above the neutral line. The same is true with the Awesome oscillator indicator. Therefore, the pair may rebound as bulls target the 50% retracement at 1.1974. 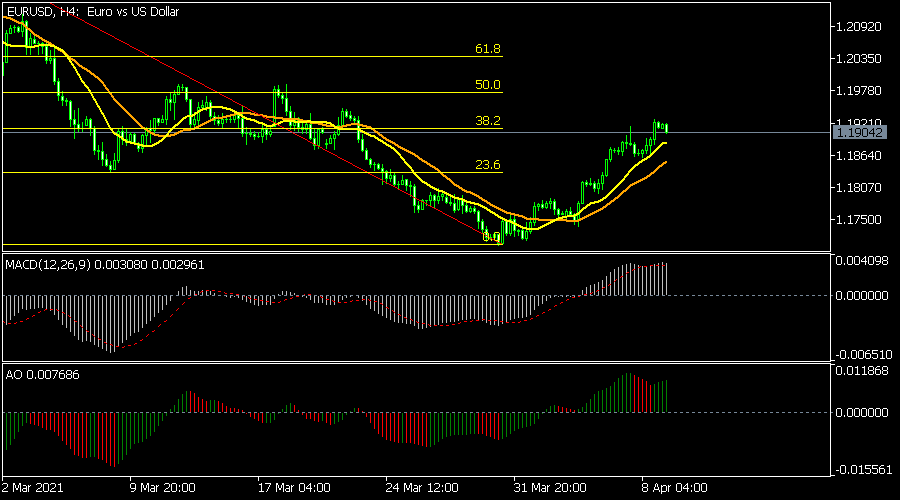 The USD/CAD pair declined to a low of 1.2555 ahead of the Canadian employment data. On the four-hour chart, the pair has formed a double-top pattern slightly above the 50% Fibonacci retracement level. It is now slightly above the 38.2% retracement level and slightly below the 25-day moving average while the Relative Strength Index (RSI) has started to drop. The signal and histogram of the MACD have also moved below the neutral level. The pair may keep falling as bears target the double top’s neckline at 1.2500. 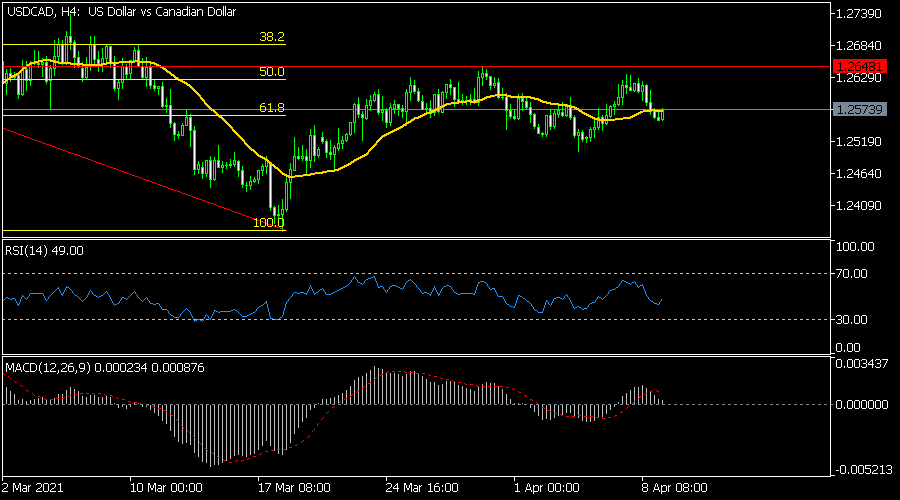 The USD/CHF pair declined to an intraday low of 0.9230, which was the lowest level since March 23. This price is substantially below this year’s high of 0.9775. On the four-hour chart, it is below the envelopes indicator and the 25-day and 15-day moving averages. The Relative Strength Index (RSI) and the DeMarker indicator have moved below the oversold level. Therefore, the pair may keep falling, with the next key target being at 0.9200. 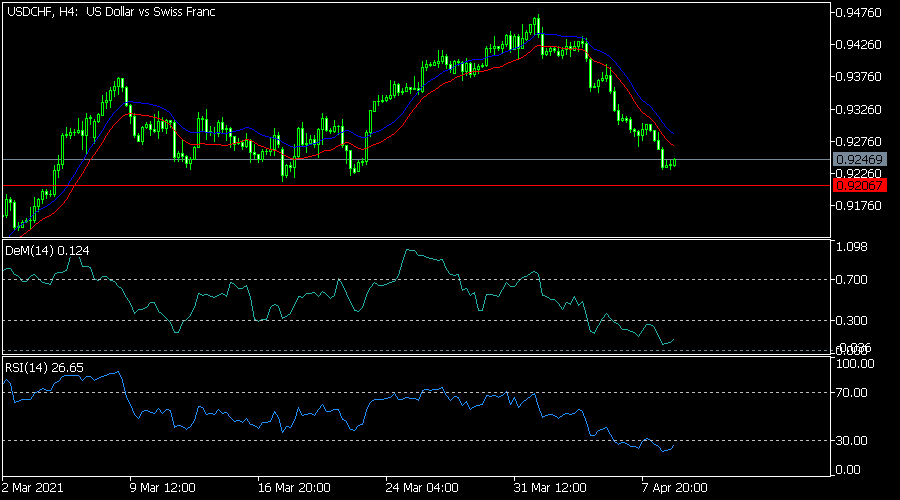