During the upcoming trading week interest rate decisions from the Bank of England, Bank of Japan, and the People’s Bank of China headline the economic calendar. All central banks are expected to keep interest rates on hold, although the Bank of England may signal a move dovish stance after increasingly disappointing economic data. The Bank of Japan rate decision is set to be a non-event for financial market participants, with the central bank maintaining its ultra-loose monetary stance, while the PBOC may is not expected to cut rates.

The United States economy is also in focus this week with a raft of high-impacting economic releases including Growth, Inflation, Manufacturing, and Housing. The Australian economy also releases the Reserve Bank of Australia Meeting Minutes and its monthly Job report. 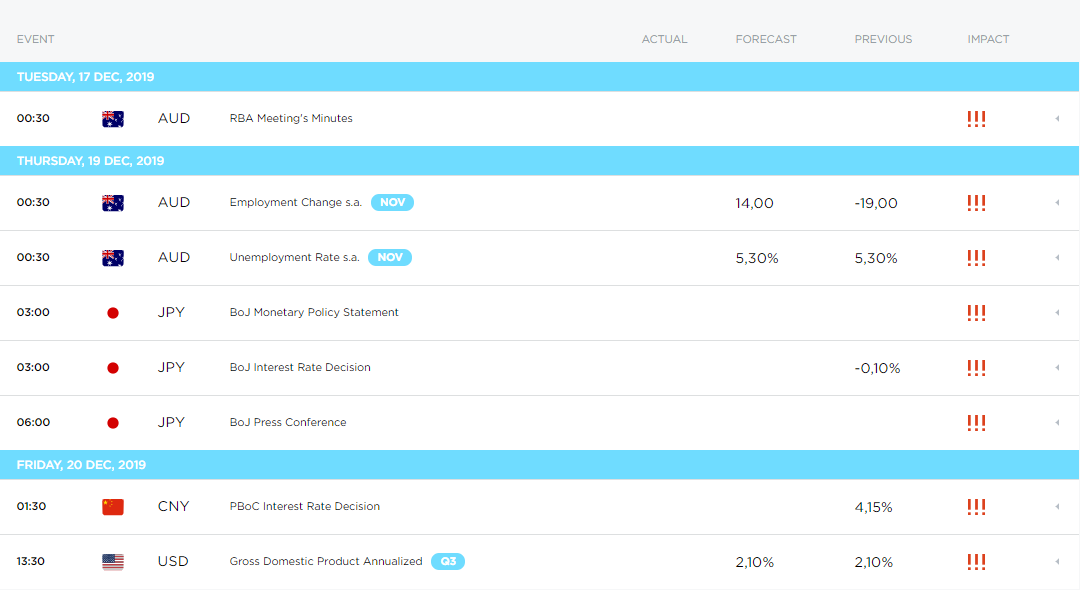 The United Kingdom Consumer Price Index is released by the National Statistics and measures the change in the price of goods and services from the perspective of the consumer. CPI is a key indicator that measures inflation and changes in purchasing trends, therefore CPI figures are closely watched by the Bank of England. A rise in the Consumer Prices Index may determine whether the Bank of England increases interest rates in order to manage inflation and slow economic growth.

The US Core PCE Index report is greatly valued mainly due to its capability of forecasting inflationary pressures inside the American economy. The Federal Reserve utilizes a measure of inflation resulting from the PCE as their primary gauge of inflation. An overall increase in prices may be derived from an excess take in of these high levels of production and consumption.